Congratulation for the Commendation Award Mr. Takeda Katsutoshi, Chargé d'affaires ad interim of the Embassy of Japan in Tanzania presented a speech in Kiswahili in an honor of Professor Said 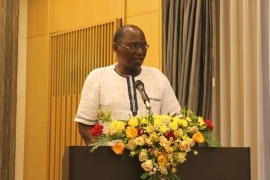 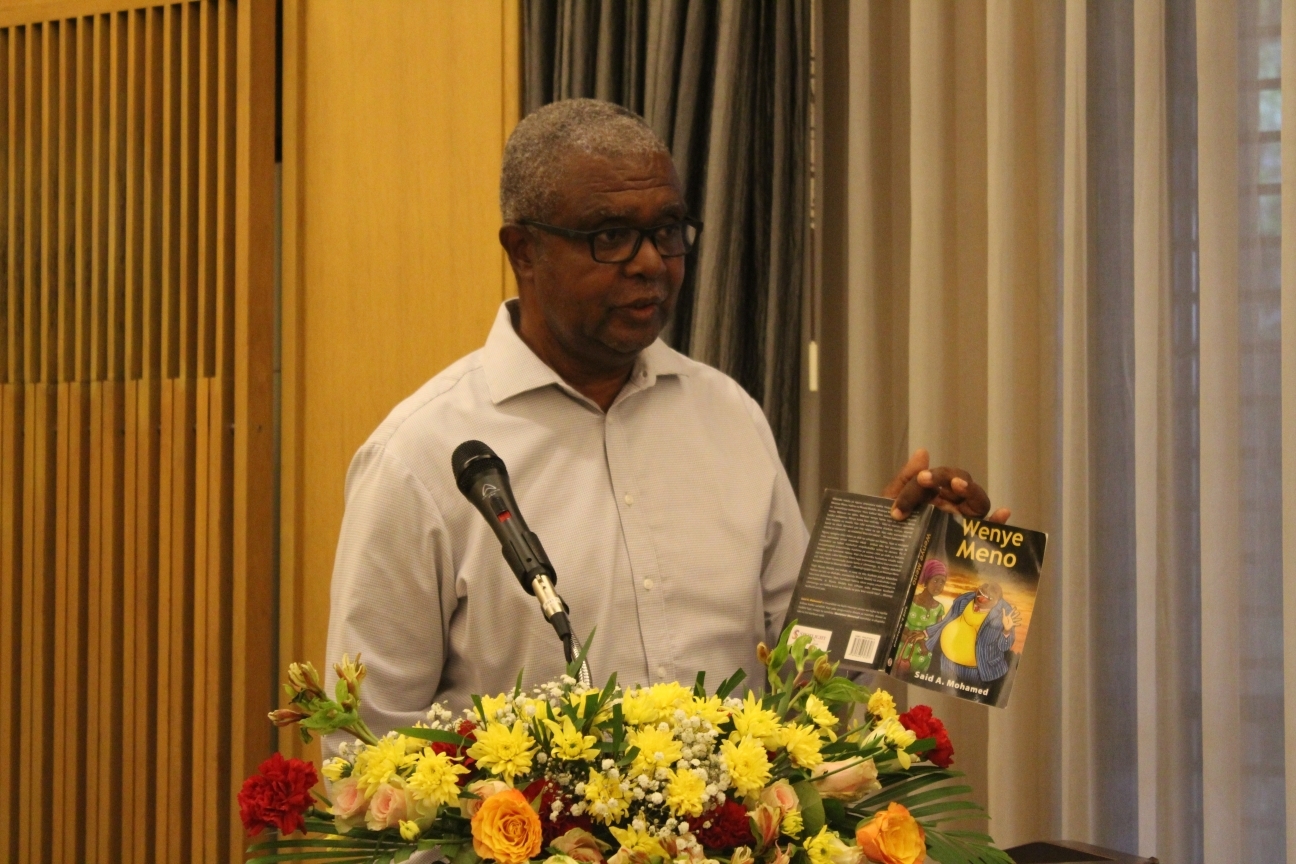 Speech by Professor Said, showing one of his Swahili book titled “Wenye Meno” Prof. Said in a group photo with his students (Standing)
On 17th December 2019, Mr. Takeda Katsutoshi, Chargé d'affaires ad interim of the Embassy of Japan in Tanzania held a reception for Awarding ceremony of Professor Ahmed Mohamed Said who has been awarded the Japanese Foreign ministers Commendation award for the fiscal year 2019. Prof Said is one of the first two Tanzanians who received the prominent award in history,

Professor Said, is one of the most renowned linguists and authors in Tanzania. He taught at then Osaka University of Foreign Study (currently known as Osaka University) as a professor of Kiswahili between 1990 and 1997. He has written over 60 books, many of which have been adapted in the textbooks in Tanzania and provided precious opportunities for Kiswahili learners in Japan to learn the language and culture. Through his devotion to teaching and writing in Kiswahili Prof. Said significantly contributed to promote the mutual understanding among people between Japan and Tanzania.

On behalf of the government, the Executive Secretary of National Swahili Council abbreviated BAKITA, Dr. Sewangi Selemani attended the reception as one of the guests of honors. In his speech he applauded the efforts taken by the government of Japan to award the first Tanzanians and assured continued cooperation between Tanzania and Japan in the growth of the sector. 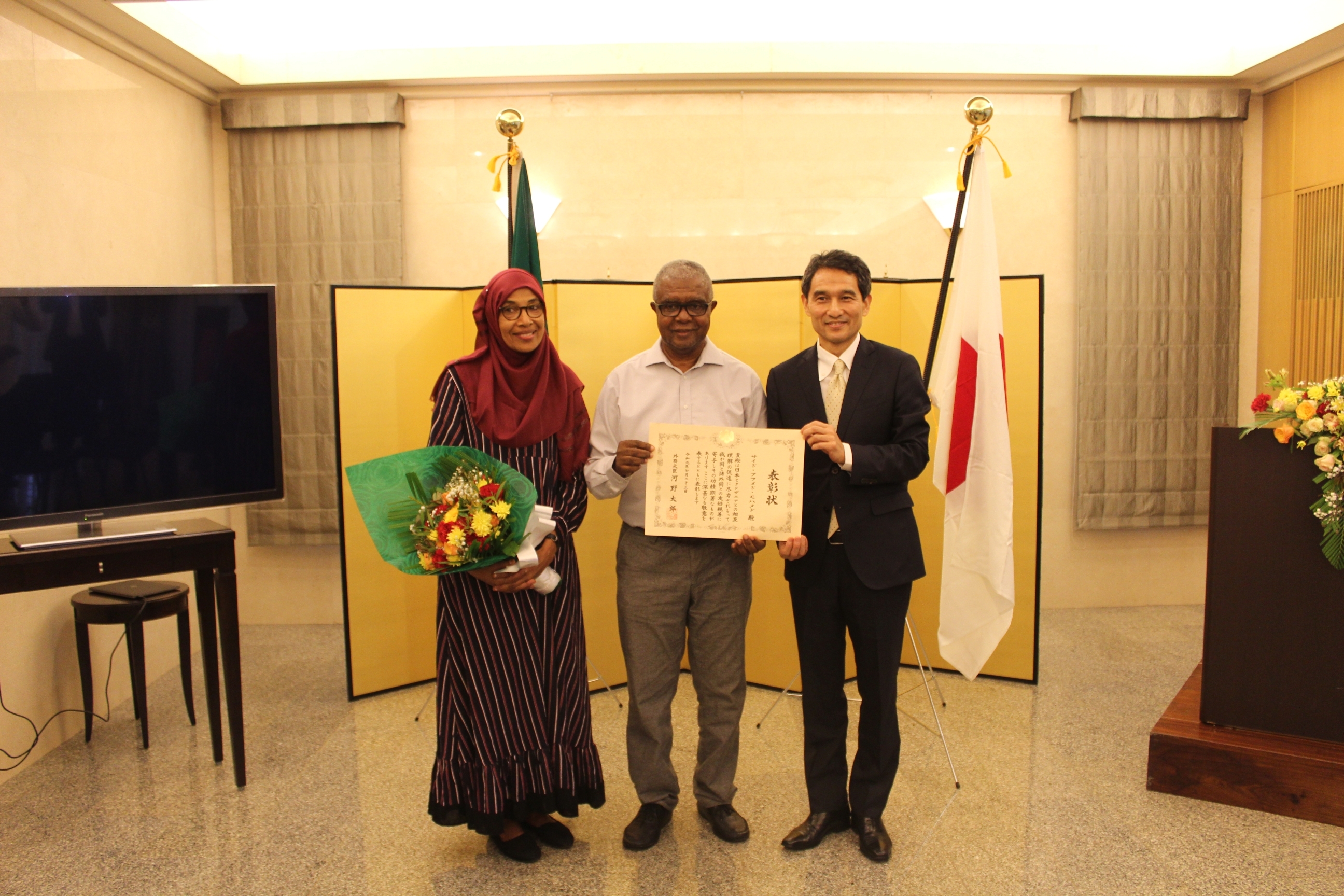 The light moment as Prof.Said and his wife pause for a photo with from Mr. Takeda Katsutoshi, Chargé d'affaires ad interim of the Embassy of Japan in Tanzania